The Independent Methodists: A History (Paperback) 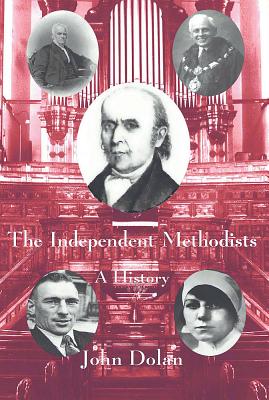 The Independent Methodists have never been a large denomination, and even in the Northwest of England, their heartland, their history is little known. From the beginnings of the movement shortly after the death of John Wesley, the author describes the formative influences in the first half of the nineteenth century ' Methodist, Quaker and Revivalist ' that shaped it, giving it a distinctively lay character unusual in Methodism. The social and political factors that affected its development, such as the Peterloo Massacre, the Beerhouse Act and Chartism are explored. Early Independent Methodist societies often arose from breaches in Wesleyan Methodism over radical politics, and they also differed from the Wesleyans in allowing writing to be taught in Sunday Schools. Other societies came into being through the attraction of a 'free' ministry, particularly in communities where poverty was prevalent; this attracted some dissident Primitive Methodists. In the second half of the nineteenth century, Independent Methodism took on the characteristics of a denomination, with a connexional structure. Dr Dolan examines the involvement of the Independent Methodists in wider society and their contribution to public life. Five Independent Methodists became MPs, while many others held civic office as mayors, aldermen and councillors. For over a hundred years, the denomination has involved itself in the ecumenical movement, climaxing with the decision in 2004 to enter into a covenant partnership with the Baptist Union of Great Britain. Dr Dolan explores many aspects of Independent Methodism, including its theology, which veered between conservative evangelicalism and theological liberalism. He also shows how attitudes towards ministry have changed over 200 years. "For over two centuries Independent Methodists have maintained their distinctive threefold standpoint. John Dolan, one of their number, has written a comprehensive study of the movement. It has entailed tracking down theprimary sources, published and unpublished, for a host of autonomous chapels, many of them extinct, and making a sustained analysis of the developing trends in their corporate life. The task has been pursued with an acute awareness of the changing social and religious climate they inhabited. The resulting account is thorough, persuasive and illuminating. One of the most fascinating pieces in the Evangelical Nonconformist mosaic has now received its due." From the Foreword by Professor David Bebbington.