Religion, Gender, and Industry: Exploring Church and Methodism in a Local Setting (Paperback) 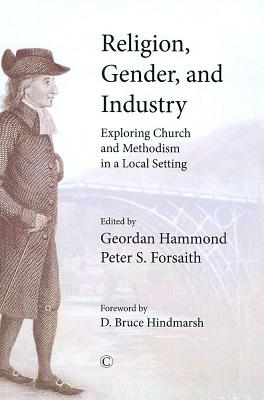 Questions have been raised in recent decades about the place of women in the eighteenth and nineteenth centuries, in church and society during a time of vast industrial change. These topics are broad, but can be seen in microcosm in one small area of the English Midlands: the parish of Madeley, Shropshire, in which Coalbrookdale became synonymous with the industrial age. Here, the evangelical Methodist clergyman John Fletcher (1729-1785) ministered between 1760 and 1785, among a population including Roman Catholics and Quakers, as well as people indifferent to religion. For nearly sixty years after his death, two women, Fletcher's widow and later her protege, had virtual charge of the parish, which became one of the last examples of Methodism within the Church of England. Through examining this specific locality, with its potential for religious tension and great social significance, this multidisciplinary collection of essays engages with developing areas of research. In addition to furthering knowledge of Madeley parish and its relation to larger themes of religion, gender and industry in eighteenth-century Britain, the impact of the Fletchers in nineteenth-century American Methodism is examined.