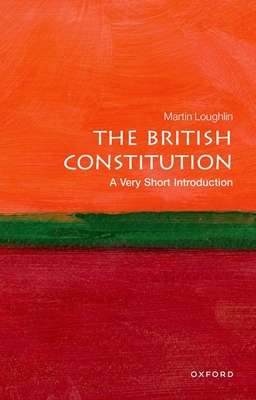 Beginning with the Magna Carta in 1215, a number of documents--not one single document as in the United States--have constituted the British constitution. What are the main characteristics of Britain's peculiar constitutional arrangements? How has the British constitution altered in response to the changing nature of its state--from England, to Britain, to the United Kingdom? What impact has the UK's developing relations with the European Union caused? These are some of the questions that legal scholar Martin Loughlin investigates in this Very Short Introduction. He traces how the British constitution has grown organically, in response to changes in the economic, political, and social environment. By considering the nature and authority of the current British constitution, and placing it in the context of others, Loughlin reveals how the traditional idea of a constitution came to be retained, what problems have been generated as a result of adapting a traditional approach in a modern political world, and what the future holds for the British constitution. About the Series: Oxford's Very Short Introductions series offers concise and original introductions to a wide range of subjects--from Islam to Sociology, Politics to Classics, Literary Theory to History, and Archaeology to the Bible. Not simply a textbook of definitions, each volume in this series provides trenchant and provocative--yet always balanced and complete--discussions of the central issues in a given discipline or field. Every Very Short Introduction gives a readable evolution of the subject in question, demonstrating how the subject has developed and how it has influenced society. Eventually, the series will encompass every major academic discipline, offering all students an accessible and abundant reference library. Whatever the area of study that one deems important or appealing, whatever the topic that fascinates the general reader, the Very Short Introductions series has a handy and affordable guide that will likely prove indispensable.

Martin Loughlin is Professor of Public Law at the London School of Economics. His books include Sword and Scales, The Idea of Public Law, and Foundations of Public Law. He is a Fellow of the British Academy. In 2012-13, he is the Martin and Kathleen Crane Fellow in the Law and Public Affairs Program and Visiting Professor at Princeton University.