The Jurists: A Critical History (Hardcover) 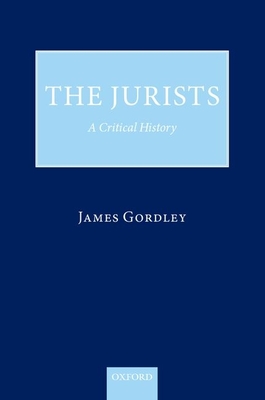 Jurists, or legal scholars, have had a profound impact on the development of the law. Their emergence can be traced back to ancient Rome and traced through the centuries to today. Since their inception, jurists have worked in like-minded schools united by the particular project they were
pursuing. The project can be described by the goal they sought and the methods they used to achieve it. These projects were heavily influenced by their historical context and as such they pursued different goals by different methods. This proved helpful to later jurists who used the writings of
previous schools to learn from both their successes and their failures. However there was one crucial element that all jurists throughout the ages have had in common: their attempts to understand and explain the law.
This book is an intellectual history of the work of Western jurists from ancient Rome to the present. It describes how the law has been reshaped by the work of these successive schools. For each school, the book introduces its emergence within its historical context, the prevailing aims and methods
of scholars working in it; and its legacy for legal thought and scholarship.