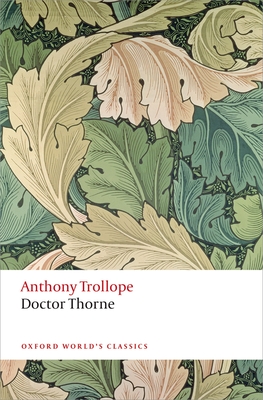 'Frank has but one duty before him. He must marry money.' The squire of Greshamsbury has fallen on hard times, and it is incumbent on his son Frank to make a good marriage. But Frank loves the doctor's niece, Mary Thorne, a girl with no money and mysterious parentage. He faces a terrible dilemma: should he save the estate, or marry the girl he loves?
Mary, too, has to battle her feelings, knowing that marrying Frank would ruin his family and fly in the face of his mother's opposition. Her pride is matched by that of her uncle, Dr Thorne, who has to decide whether to reveal a secret that would resolve Frank's difficulty, or to uphold the innate
merits of his own family heritage. The character of Dr Thorne reflects Trollope's own contradictory feelings about the value of tradition and the need for change. The lively introduction included considers the novel's main themes, Trollope's attitude to class and traditional values, and his comic skill as he develops the plot. His
subtle portrayal, and the comic skill and gentle satire with which the story is developed, are among the many pleasures of this delightful novel. ABOUT THE SERIES: For over 100 years Oxford World's Classics has made available the widest range of literature from around the globe. Each affordable volume reflects Oxford's commitment to scholarship, providing the most accurate text plus a wealth of other valuable features, including expert
introductions by leading authorities, helpful notes to clarify the text, up-to-date bibliographies for further study, and much more.

Anthony Trollope (24 April 1815- 6 December 1882) was one of the most successful, prolific and respected English novelists of the Victorian era. Some of his best-loved works, the Chronicles of Barsetshire, revolve around the imaginary county of Barsetshire. Simon Dentith is a former President of the British Association for Victorian Studies, and he has published widely on nineteenth-century topics. He is the editor of Trollope's Phineas Finn in Oxford World's Classics, and his books include Epic and Empire in Nineteenth-Century Britain (2006).