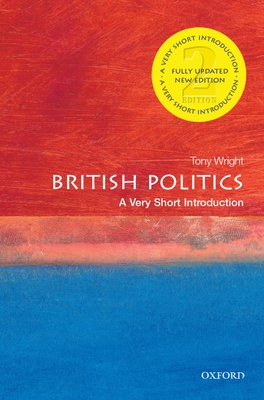 British politics, notes Tony Wright, is arguably Britain's greatest gift to the world. In this Very Short Introduction, Wright offers a brilliant interpretative essay on the British political system. The author, an academic and recent Member of Parliament, illuminates the key characteristics and ideas of the British tradition, and investigates what makes British politics distinctive, while emphasizing throughout the book how these characteristics are reflected in the way the political system actually functions. Each chapter is organized around a key theme, such as the constitution or political accountability, which is first established and then explored with examples and illustrations. This in turn provides a perspective for a discussion of how the system is changing, looking in particular at devolution and Britain's place in Europe. For the second edition, Wright considers how the system continues to evolve in light of the fall of New Labour, the arrival of David Cameron, and "big society" thinking and he explores the impact of issues such as immigration and terrorism, parliamentary scandal, and the financial crash of 2008. About the Series: Oxford's Very Short Introductions series offers concise and original introductions to a wide range of subjects--from Islam to Sociology, Politics to Classics, Literary Theory to History, and Archaeology to the Bible. Not simply a textbook of definitions, each volume in this series provides trenchant and provocative--yet always balanced and complete--discussions of the central issues in a given discipline or field. Every Very Short Introduction gives a readable evolution of the subject in question, demonstrating how the subject has developed and how it has influenced society. Eventually, the series will encompass every major academic discipline, offering all students an accessible and abundant reference library. Whatever the area of study that one deems important or appealing, whatever the topic that fascinates the general reader, the Very Short Introductions series has a handy and affordable guide that will likely prove indispensable.

Tony Wright is Professorial Fellow in the Department of Politics at Birkbeck College, University of London. He is a Labour Party politician, a former Member of Parliament, and author of many books on British politics.