The Killer Trail: A Colonial Scandal in the Heart of Africa (Paperback) 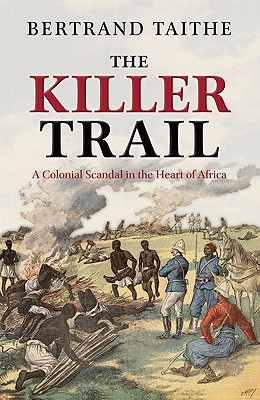 By Bertrand Taithe
$24.15
Email or call for price.

The Killer Trail tells the tale of one of the most notorious atrocities to take place during the European 'scramble for Africa', a real life story of insane violence in the heart of an exotic continent that eerily prefigures fictional accounts such as The Heart of Darkness and Apocalypse Now. The Voulet-Chanoine mission left Dakar in 1898 for the centre of Africa and the region of Lake Chad with the aim of establishing effective borders between the French and British empires while 'pacifying' a notoriously belligerent region. Wreaking havoc as it went along, the mission degenerated into an extraordinary display of colonial violence and cruelty, leaving a trail of pillage, murder, and enslavement of the local inhabitants in its wake. When the story of its outrages reached Paris in 1899 there was a public uproar and a second mission was dispatched to investigate. Eventually, on July 14 1899, the two missions met and confronted each other in a dramatic shootout, which led Voulet and Chanoine to declare their independence from France and their desire to establish an African kingdom under their own rule. But their mad dreams of kingship were soon cut short when they fell prey to a mutiny among the African soldiers under their command in which they were both killed. The whole bizarre tale of Voulet and Chanoine's mission sharply divided opinion back home in France but was eventually explained away as the action of two deranged minds. Yet, as Bertrand Taithe shows, it was not simply a tale of individual insanity. In many ways, the actions of Voulet and Chanoine and their men simply took the violence of European colonialism to a logical extreme, while the way in which the whole affair was soon forgotten is highly revealing of western attitudes to imperial excess in Africa and elsewhere.

Bertrand Taithe is Professor of Cultural History at the University of Manchester. He has published extensively on war, medicine and war, and humanitarianism, including most recently Benjamin's Arcades: An Unguided Tour, and is an editor of the European Review of History.