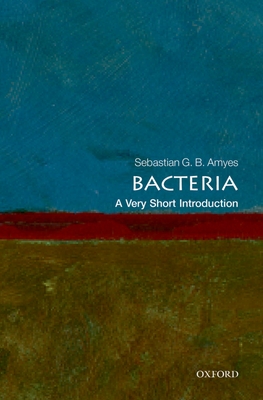 Bacteria form a fundamental branch of life. They are the oldest forms of life and the most prolific of all living organisms, inhabiting every part of the Earth's surface, its ocean depths, and even such inhospitable places as boiling hot springs. In this Very Short Introduction, bacteriologist Sebastian Amyes explores the nature of bacteria, their origin and evolution, bacteria in the environment, and bacteria and disease. Amyes discusses some of the major infections caused by bacteria-bacteria causes pneumonia, diphtheria, cholera, and many other diseases-and shows how these pathogens avoid the defences of the human body. But the book looks at all aspects of bacteria, not just the negative side, stressing the key benefits of bacteria, which have been harnessed to preserve food, dispose of waste and to provide compost for horticulture. Indeed, life for man and for many animals would be impossible without bacteria. Amyes also offers a glance into the future, describing how bacteria might be manipulated to perform tasks that they previous were unable to perform and discussing the recent construction of a completely synthetic bacterial cell. About the Series: Oxford's Very Short Introductions series offers concise and original introductions to a wide range of subjects--from Islam to Sociology, Politics to Classics, Literary Theory to History, and Archaeology to the Bible. Not simply a textbook of definitions, each volume in this series provides trenchant and provocative--yet always balanced and complete--discussions of the central issues in a given discipline or field. Every Very Short Introduction gives a readable evolution of the subject in question, demonstrating how the subject has developed and how it has influenced society. Eventually, the series will encompass every major academic discipline, offering all students an accessible and abundant reference library. Whatever the area of study that one deems important or appealing, whatever the topic that fascinates the general reader, the Very Short Introductions series has a handy and affordable guide that will likely prove indispensable.