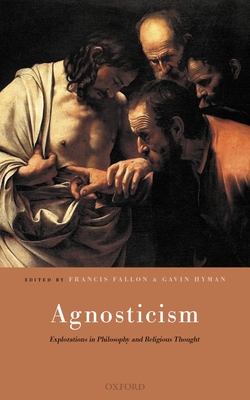 In a time marked by prominent public clashes between theists and atheists, much less attention has been given to the question of agnosticism, whether in public debate or in academic literature. This is all the more surprising given that so many in Western society feel unable to identify unequivocally with either theism or atheism. This book brings together some leading contemporary philosophers, from both the analytic and continental traditions, to give a sustained and in-depth treatment of the question of agnosticism. Approaching the question from a variety of stances and employing different methodologies, the contributors explore the various possible meanings of agnosticism today. Several of them develop what they describe as a 'New Agnosticism, ' where the relationship with theism or forms of religious belief is not as mutually exclusive as has often been assumed. Others look for signs of agnosticism in places where it is not usually thought to be found, such as in forms of continental philosophy, and even in theology itself. They also raise interesting methodological questions at the intersection of analytic and continental philosophy. These are stimulating and innovative essays working with the most recent developments in philosophy and religious thought. They open up new avenues of thought that will be of interest to philosophers, theologians, and other thoughtful readers, whether theist, atheist, or agnostic.

Francis Fallon, Assistant Professor of Philosophy, St John's University, New York, Gavin Hyman, Senior Lecturer, University of Lancaster Francis Fallon is Assistant Professor of Philosophy at St John's University, New York, USA. He studied at Trinity College Dublin, Queens' College, Cambridge, and at the University of Lancaster, UK. Fallon primarily publishes in the Philosophy of Mind and Philosophy of Science. His current projects include empirical work on consciousness (supported by the Templeton World Charity Foundation's Accelerating Consciousness Research initiative). Fallon is also a member of the Board of Directors for the Long Island Philosophical Society. Gavin Hyman is Senior Lecturer in the Department of Politics, Philosophy and Religion at the University of Lancaster, UK. He was educated at the University of Exeter and Peterhouse, Cambridge. Hyman has also held Visiting Fellowships at Mansfield College, Oxford, and Hatfield College, University of Durham. His publications include The Predicament of Postmodern Theology (2001), New Directions in Philosophical Theology (editor, 2004), A Short History of Atheism (2010), Traversing the Middle: Ethics, Politics, Religion (2013) and Confronting Secularism in Europe and India (co-editor, 2014).