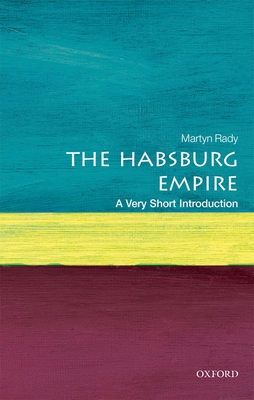 The Habsburgs are the most famous dynasty in continental Europe. From the thirteenth to the twentieth centuries, they ruled much of Central Europe, and for two centuries were also rulers of Spain. Through the Spanish connection, they acquired lands around the Mediterranean and a chunk of the New World, spreading eastwards to include the Philippines. Reaching from South-East Asia to what is now Ukraine, the Habsburg Empire was truly global. In this Very Short Introduction Martin Rady looks at the history of the Habsburgs, from their tenth-century origins in Switzerland, to the dissolution of the Habsburg Empire in 1918. He introduces the pantheon of Habsburg rulers, which included adventurers, lunatics, and at least one monarch who was so malformed that his true portrait could never be exhibited. He also discusses the lands and kingdoms that made up the Habsburg Empire, and the decisive moments that shaped their history. Dynasty, Europe, global power, and the idea of the multi-national state all converge on the history of the Habsburg Empire. Martin Rady shows how. ABOUT THE SERIES: The Very Short Introductions series from Oxford University Press contains hundreds of titles in almost every subject area. These pocket-sized books are the perfect way to get ahead in a new subject quickly. Our expert authors combine facts, analysis, perspective, new ideas, and enthusiasm to make interesting and challenging topics highly readable.

Martyn Rady is Masaryk Professor of Central European History at the School of Slavonic and East European Studies, University College London, where he has taught for 25 years. He is also General Editor of The Slavonic and East European Review, and has an Honorary PhD from the Karoli University in Budapest. His books include Customary Law in Hungary: Courts, Texts and the Tripartitum, (OUP, 2015), and Nobility, Land and Service in Medieval Hungary, (Palgrave, 2001).