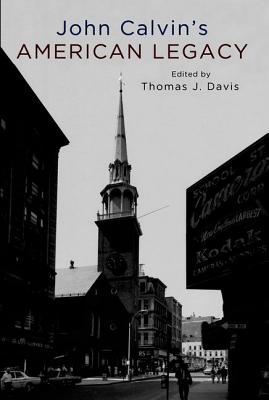 Though his influence on American society has often been forgotten or misunderstood, John Calvin played a formative role in the traditions of almost every sector of American life. This wide-ranging study, comprising twelve essays, shows for the first time the extraordinary extent to which Calvinist thoughts and practices are woven into the fabric of American society, theology, and letters, from the colonial period to the twenty-first century. John Calvin's American Legacy examines the economics of the Colonial period, Calvin's effect on American identity, and the evidence for Calvin's influence on American democracy. The book next addresses Calvin's critical role in American theology, inspecting the relationship between Jonathan Edwards's and Calvin's church practices, the diverse views on the Calvinist theological tradition in the nineteenth century, the ways in which Calvin was understood in the historiography of Williston Walker and Perry Miller, and Calvin's influence on twentieth-century theologies. Finally, the book explores Calvinism's influence on American literature, examining the work of such writers as Samson Occom, Harriet Beecher Stowe, Max Weber, Mark Twain, John Updike, and Marilynne Robinson. This important book is the first to introduces readers to the breadth and depth of Calvin's influence along the spectrum of American thought and society, from the 18th century to modern times.