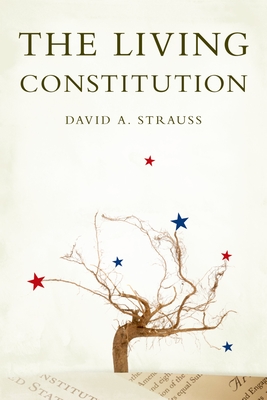 Supreme Court Justice Antonin Scalia once remarked that the theory of an evolving, living Constitution effectively rendered the Constitution useless. He wanted a dead Constitution, he joked, arguing it must be interpreted as the framers originally understood it. In The Living Constitution, leading constitutional scholar David Strauss forcefully argues against the claims of Scalia, Clarence Thomas, Robert Bork, and other originalists, explaining in clear, jargon-free English how the Constitution can sensibly evolve, without falling into the anything-goes flexibility caricatured by opponents. The living Constitution is not an out-of-touch liberal theory, Strauss further shows, but a mainstream tradition of American jurisprudence--a common-law approach to the Constitution, rooted in the written document but also based on precedent. Each generation has contributed precedents that guide and confine judicial rulings, yet allow us to meet the demands of today, not force us to follow the commands of the long-dead Founders. Strauss explores how judicial decisions adapted the Constitution's text (and contradicted original intent) to produce some of our most profound accomplishments: the end of racial segregation, the expansion of women's rights, and
the freedom of speech. By contrast, originalism suffers from fatal flaws: the impossibility of truly divining original intent, the difficulty of adapting eighteenth-century understandings to the modern world, and the pointlessness of chaining ourselves to decisions made centuries ago. David Strauss is one of our leading authorities on Constitutional law--one with practical knowledge as well, having served as Assistant Solicitor General of the United States and argued eighteen cases before the United States Supreme Court. Now he offers a profound new understanding of how the Constitution can remain vital to life in the twenty-first century.