Uncovering Lives: The Uneasy Alliance of Biography and Psychology (Paperback) 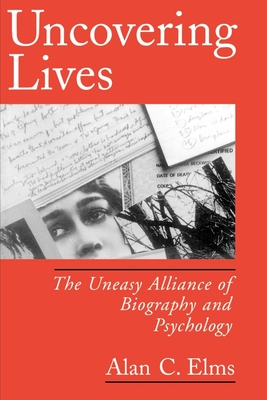 By Alan C. Elms
Email or call for price.

Psychobiography is often attacked by critics who feel that it trivializes complex adult personalities, explaining the large deeds of great individuals, as George Will wrote, by some slight the individual suffered at a tender age--say, 7, when his mother took away a lollipop. Worse yet,
some writers have clearly abused psychobiography--for instance, to grind axes from the right (Nancy Clinch on the Kennedy family) or from the left (Fawn Brodie on Richard Nixon)--and others have offered woefully inept diagnoses (such as Albert Goldman's portrait of Elvis Presley as a split
personality and a delusional paranoid). And yet, as Alan Elms argues in Uncovering Lives, in the hands of a skilled practitioner, psychobiography can rival the very best traditional biography in the insights it offers.
Elms makes a strong case for the value of psychobiography, arguing in large part from example. Indeed, most of the book features Elms's own fascinating case studies of over a dozen prominent figures, among them Sigmund Freud (the father of psychobiography), B.F. Skinner, Isaac Asimov, L. Frank
Baum, Vladimir Nabokov, Jimmy Carter, George Bush, Saddam Hussein, and Henry Kissinger. These profiles make intriguing reading. For example, Elms discusses the fiction of Isaac Asimov in light of the latter's acrophobia (fear of heights) and mild agoraphobia (fear of open spaces)--and Elms includes
excerpts from a series of letters between himself and Asimov. He reveals an unintended subtext of The Wizard of Oz--that males are weak, females are strong (think of Scarecrow, Tin Man, the Lion, and the Wizard, versus the good and bad witches and Dorothy herself)--and traces this in part to Baum's
childhood heart disease, which kept him from strenuous activity, and to his relationship with his mother-in-law, Matilda Joslyn Gage, a distinguished advocate of women's rights. And in a fascinating chapter, he examines the abused childhood of Saddam Hussein, the privileged childhood of George Bush,
and the radically different psychological paths that led these two men into the Persian Gulf War. Elms supports each study with extensive research, much of it never presented before--for instance, on how some of the most revealing portions of C.G. Jung's autobiography were deleted in spite of his
protests before publication. Along the way, Elms provides much insight into how psychobiography is written. Finally, he proposes clear guidelines for judging high quality work, and offers practical tips for anyone interested in writing in this genre.
Written with great clarity and wit, Uncovering Lives illuminates the contributions that psychology can make to biography. Elms's enthusiasm for his subject is contagious and will inspire would-be psychobiographers as well as win over the most hardened skeptics.

Alan C. Elms is Professor of Psychology at the University of California, Davis. He is the author of Personality in Politics and other books, as well as many articles in popular magazines and professional journals.