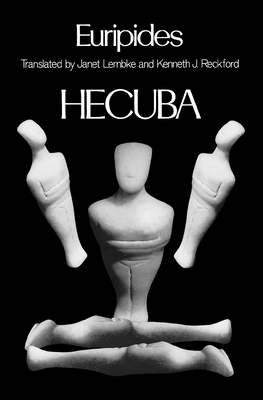 Based on the conviction that only translators who write poetry themselves can properly recreate the celebrated and timeless tragedies of Aeschylus, Sophocles, and Euripides, The Greek Tragedy in New Translation series offers new translations that go beyond the literal meaning of the Greek in order to evoke the poetry of the originals. Under the general editorship of Peter Burian and Alan Shapiro, each volume includes a critical introduction, commentary on the text, full stage directions, and a glossary of the mythical and geographical references in the plays. If the line from a lost play, There is no greater god than necessity, were all that survived of Euripides, we would have his signature. No other artist or thinker has ever dramatized with such relentless concentration the pervasiveness of necessity's power--the terrible force by which it shapes and destroys human character--and in no other play is this theme made more manifest than in Hecuba.
In this new edition of Hecuba, a poet and a classical scholar have collaborated to produce a striking version of a play central to Euripides' dramatic vision. The translators have focused their attention on tonal texture, ranging from grief-stricken monodies and duets to lyrical choral verse, as well as on the problems created by political and forensic rhetoric. The result is a subtle and highly evocative translation of the unjustifiable sacrifice of Hecuba's daughter, Poyxena, and the consequent destruction of Hecuba's character.