The Analects: A Guide (Paperback) 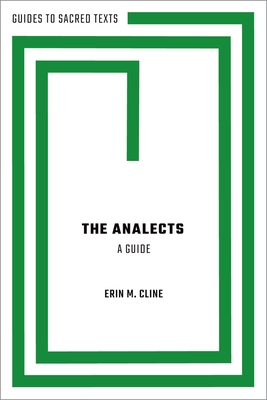 The Analects (Lunyu) is the earliest and most influential record of the teachings of Kongzi (551-479 B.C.E.), known to most Westerners as "Confucius." If we measure influence according to the number of people who have lived their lives according to the teachings of a particular text, there is
a good argument to be made that the Analects has been the most influential text in the world. This book argues that we have good reasons to study the Analects as a sacred text, and that doing so sheds light not only on the text and the Confucian tradition, but on what the sacred is, more broadly. It begins by examining what it means for a text to be regarded as sacred in relation to the unique history of this remarkably influential book, and goes on to offer a close study of the Analects, including its structure, its composition and compilation, and the purpose it has served in the Confucian
tradition as the earliest and most authoritative record of Kongzi's teachings and conduct. The book further considers the history of the Analects as the most authoritative collection of Confucian teachings which virtually all major Confucians--as well as Chinese thinkers throughout history from the
Mohist, Daoist, and Buddhist traditions--responded. This book explores the text, situating its teachings in relation to the religious practices of its time (including Zhou rituals and customs known as li and the veneration of ancestor and nature spirits), and discusses the Analects use and reception
both in the periods following its composition and compilation and throughout China's imperial history up through the modern era, including the recent revival of activity in Confucian temples.

Erin M. Cline is the Paul J. and Chandler M. Tagliabue Distinguished Professor in Interfaith Studies and Dialogue at Georgetown University and Senior Research Fellow in the Berkley Center for Religion, Peace, and World Affairs at Georgetown University. The author of five books, she is especiallyinterested in how the virtues, values, and rituals that classical Chinese philosophers emphasized can help us to live better lives today.