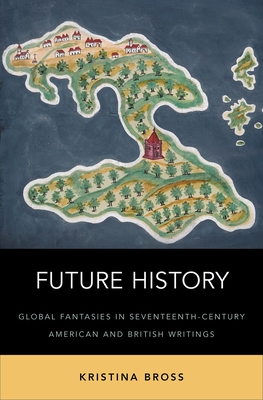 Future History traces the ways that English and American writers oriented themselves along an East-West axis to fantasize their place in the world. The book builds on new transoceanic scholarship and recent calls to approach early American studies from a global perspective. Such scholarship
has largely focused on the early national period; Bross's work begins earlier and considers the intertwined identities of America, other English colonial sites and metropolitan England during a period before nation-state identities were hardened into the forms we know them today, when an English
empire was nascent, not realized, and when a global perspective such as we might recognize it was just coming into focus for early modern Europeans. The author examines works that imagine England on a global stage in the Americas and East Indies just as--and in some cases even before--England
occupied such spaces in force. Future History considers works written from the 1620s to the 1670s, but the center of gravity of Future History is writing at the mid-century, that is, writings coincident with the Interregnum, a time when England plotted and launched ambitious, often violent schemes
to conquer, colonize or otherwise appropriate other lands, driven by both mercantile and religious desires.

Kristina Bross is an Associate Professor of English at Purdue University and the author of Dry Bones and Indian Sermons: Praying Indians in Colonial America (Cornell UP, 2004).