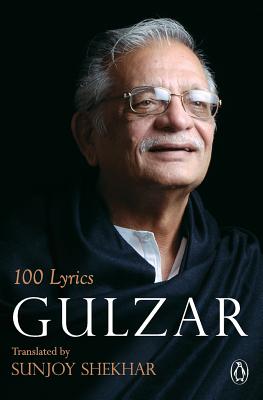 From 'Mora gora ang lai le', his first film lyric written for Bimal Roy's Bandini in 1963, to the Oscar-winning 'Jai ho' from Slumdog Millionaire, Gulzar has brought a rare poetic sensibility to popular Hindi film music over a five-decade-long career. His sophisticated insights into psychological complexities, his ability to capture the essence of nature's sounds and spoken dialects in written words, and above all his inimitable-and often surprising-imagery have entertained his legions of fans over successive generations. It represents Gulzar's most memorable compositions of all time, and feature anecdotes about the composition of the lyrics as well as sketches by Gulzar.

Gulzar is one of India s most respected film-makers, and has directed some of the enduring classics of Hindi cinema like Parichay, Mausam, Aandhi Angoor, Ijaazat, and Maachis, remembered not only for their storytelling but also their unforgettable songs. He continues to be one of the most popular lyricist in mainstream Hindi Cinema with several recent chartbusters to his credit. Apart from the many Filmfare and National Awards for his films and lyrics, Gulzar has also received the Sahitya Akademi Award in 2002 and the Padma Bhushan in 2004. in 2009 he became the first Indian lyricist to win an Oscar for the song Jai ho from the film Slumdog Millionaire; the song went on to win a Grammy in 2010. Gulzar lives and works in Mumbai. Sunjoy Shekhar was born in Sahebganj, a sleepy town on the banks of the Ganga where part of Bandim, the motion picture for which Gulzar wrote his first song, was filmed. Sunjoy tells stories for a living, and has more than three thousand hours of story-writing credits on a host of television channels across India and Indonesia. He divides his time between Mumbai, New Delhi, and Jakarta.