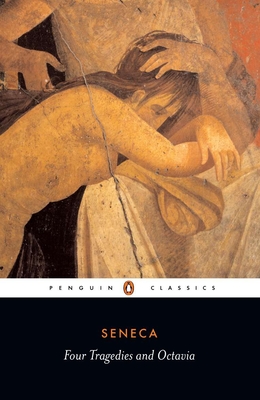 Based on the legends used in Greek drama, Seneca's plays are notable for the exuberant ruthlessness with which disastrous events are foretold and then pursued to their tragic and often bloodthirsty ends. Thyestes depicts the menace of an ancestral curse hanging over two feuding brothers, while Phaedra portrays a woman tormented by fatal passion for her stepson. In The Trojan Women, the widowed Hecuba and Andromache await their fates at the hands of the conquering Greeks, and Oedipus follows the downfall of the royal House of Thebes. Octavia is a grim commentary on Nero's tyrannical rule and the execution of his wife, with Seneca himself appearing as an ineffective counsellor attempting to curb the atrocities of the emperor.

Lucius Annaeus Seneca (c.4BC-AD65) was born in Cordoba, Spain, where he was brought up studying the traditional virtues of republican Roman life. He became a teacher of rhetoric but attracted attention for his incisive style of writing. Closely linked to Nero, his death was ordered by the emperor in AD65. Seneca committed suicide.

E.F. Watling had translated many ancient classics for Penguin, including plays of Sophocles and Plautus. He died in 1990.