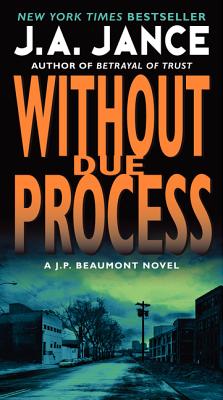 This is book number 10 in the J. P. Beaumont Novel series.

What kind of monster would break into a man’s home at night, then slaughter him and his family? The fact that the dead man was a model cop who was loved and respected by all only intensifies the horror. But the killer missed someone: a five-year-old boy who was hiding in the closet. Now word is being leaked out that the victim was “dirty.” But Seattle P.D. Homicide Detective J.P. Beaumont isn’t about to let anyone drag a murdered friend’s reputation through the muck. And he’ll put his own life on the firing line on the gang-ruled streets to save a terrified child who knows too much to live.

J.A. Jance is the New York Times Bestselling author of more than sixty books. Born in South Dakota and raised in Bisbee, Arizona, she and her husband live in the Seattle area with their two longhaired dachshunds, Mary and Jojo.