The Perfection Point: Sport Science Predicts the Fastest Man, the Highest Jump, and the Limits of Athletic Performance (Hardcover) 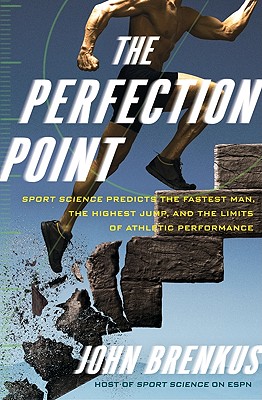 By John Brenkus
Email or call for price.
Special Order

In The Perfection Point, John Brenkus, host and creator of ESPN’s Emmy Award-winning “Sport Science,” uses hard data and scientific research to uncover the absolute limits of human performance. The Perfection Point is ideal for sports fans interested in the scientific basis of athletic excellence and a fascinating read for science fans interested in the physics of sports.

John Brenkus has spent the last decade studying the unique characteristics of the world's greatest athletes. He cocreated the groundbreaking series Fight Science for the National Geographic Channel, and he serves as the on-air host, cocreator, and executive producer of ESPN's Emmy Award-winning show Sport Science.

“[Brenkus] busts out some Hawking-like equations in an effort to calculate the outer limits of human athletic performance.”
— New York Times Book Review

“This stuff is catnip to a sports fan.”
— The Week