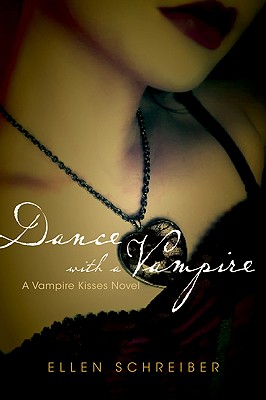 This is book number 4 in the Vampire Kisses series.

The most important night of the year is drawing near . . . but not without a little trouble from the Underworld

Dullsville's newest night-faring intruder may be only a tween, but Raven knows that Valentine Maxwell, the younger sibling of two nefarious vampires, is a full-size menace. Valentine becomes even more of a threat when he befriends her brother, Billy. Raven must try to shield Billy, even as the biggest excitement of the year approaches: attending prom with her immortal love, Alexander. And while Alexander is one kind of vampire—sweet—Raven soon learns Valentine is another.

Could Valentine somehow know Raven's private thoughts about turning into a vampire?

“Never short on laughs and shudders…Schreiber again concocts a lively and suspenseful story that ends on a tantalizing cliffhanger.” — Voice of Youth Advocates (VOYA)