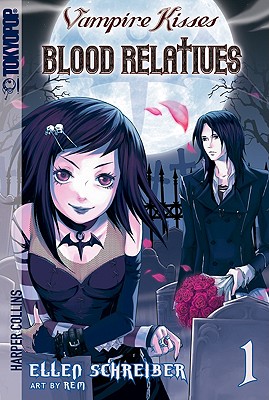 By Ellen Schreiber, rem (Illustrator)
Email or call for price

The absolute last thing goth-girl Raven and her vampire boyfriend, Alexander, need is another hitch in their nighttime-only romance—but dark trouble hovers on the horizon when Raven and Alexander discover four freshly dug graves filled with empty coffins. When a crew of sketchy vampires takes up residence in Dullsville's lonely graveyard, Alexander finds this motley bunch led by his very own blood-sucking cousin, Claude Sterling. Shocking! Claude and his creepy crew can only spell out more problems for the pair, especially when Raven finds them in daylight in the very last place she could ever imagine. What could Claude and his invaders be doing—or searching for—in Dullsville?