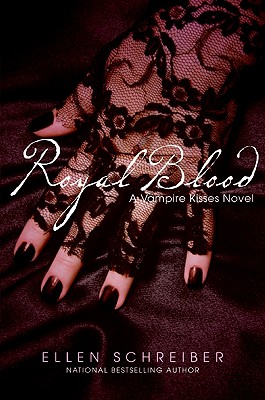 This is book number 6 in the Vampire Kisses series.

Alexander's spooky mansion feels like home to Raven . . . but could his residence in Dullsville be coming to an end?

Summer break is over, and Raven's sleep-filled days and romantic nights with her immortal boyfriend, Alexander, must end. The shock of daily attendance at Dullsville High isn't the only change in store. An unexpected letter turns up at Alexander's mansion—announcing his parents will be coming to town! Once they arrive, it seems just about everyone has had a sighting of the macabre couple except Raven. Is Alexander hiding something about his parents' homecoming? Will Raven ever meet them, and can she face the biggest threat yet to her love with Alexander?