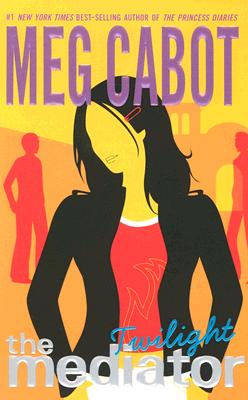 This is book number 6 in the Mediator series.

Twilight is the sixth and final book in the thrilling, romantic Mediator series, from the New York Times bestselling author of the Princess Diaries, Meg Cabot.

Suze has gotten used to ghosts. She's a mediator, after all, and communicating with the dead is all in a day's work. So she certainly never expected to fall in love with one: Jesse, a nineteenth-century hottie.

But when she discovers that she has the power to determine who becomes a ghost in the first place, Suze begins to freak. It means she can alter the course of history...and prevent Jesse's murder, keeping him from ever becoming a ghost—and from ever meeting Suze. Will Jesse choose to live without her, or die to love her?