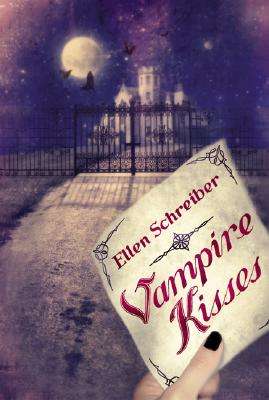 By Ellen Schreiber
Email or call for price

This is book number 1 in the Vampire Kisses series.

In her small town, dubbed "Dullsville," sixteen-year-old Raven -- a vampire-crazed goth-girl -- is an outcast. But not for long...

The intriguing and rumored-to-be haunted mansion on top of Benson Hill has stood vacant and boarded-up for years. That is, until its mysteriously strange new occupants move in. Who are these creepy people -- especially the handsome, dark, and elusive Alexander Sterling? Or rather, what are they? Could the town prattle actually ring true? Are they vampires? Raven, who secretly covets a vampire kiss, both at the risk of her own mortality and Alexander's loving trust, is dying to uncover the truth.

Ellen Schreiber's spooky and stirring romance tells the story of two outsiders who fall in love in a town where conformity reigns, and ends with a shocking surprise.