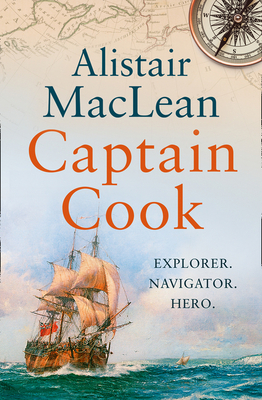 By Alistair MacLean
$15.99
Email or call for price.

Alistair MacLean was brought up in the Scottish Highlands. He joined the Navy in 1941 and served in the Home, Mediterranean, and Eastern Fleets. After the war, he graduated in Arts at Glasgow University and became a teacher. In his spare time he wrote short stories, one of which won a prize in a Glasgow Herald competition. He was at once approached by Collins and shortly after delivered to them the manuscript of his first novel, H.M.S. Ulysses, a brilliant novel about the war at sea.Since that first success, Mr MacLean wrote many other best-sellers, such as The Guns of Navarone, Ice Station Zebra, When Eight Bells Toll, Force Ten from Navarone, Puppet on a Chain, Caravan to Vaccares, and Bear Island, nearly all of which have been made into immensely successful films.